The FirePASS hypoxic air ventilation concept is far more superior to the nitrogen dilution based systems because of its unprecedented safety and reliability. The FirePASS Oxygen Reduction System prevents fires before they can even start and will protect your goods from potential water damage. Below, you will find more information on the fire hazards that can occur in your ASRS, cold storage or high-bay warehouses and why FirePASS’s fire protection technology may just be the best solution for you. 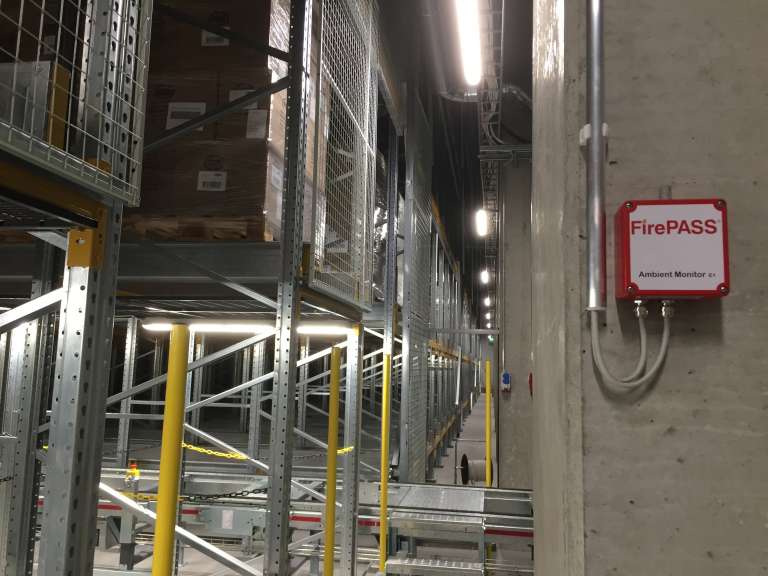 With the automatization of modern warehouses and rise of so-called ASRS Warehouses (Automated Storage / Retrieval System), the risk of potential fire increases. Automatization means more electricity will be utilized in the general structuring of your warehouse as well as in the actual moving parts that do the heavy lifting.

While today, most (if not all) warehouses are fitted with sprinkler systems, this may not be enough for ASRS warehouses. Thus the importance of preventing fires before they even start. The containers in which the goods are stored play a big role here. Whether the containers are made of metal, cardboard or plastic, makes all the difference since some materials burn more severely than others.

Since robots are more agile than forklifts, automated warehouses tend to optimize storage space. This is often done by reducing the size of the aisles and minimizing the space between container loads. And while this may make the warehouse more efficient, it will also allow fire to spread more easily and disrupt the water flow from the sprinkler system.

With FirePASS’s patented fire prevention technology, you are able to make sure your modern warehouse is as safe as it can be, by preventing fires before they even start. Cold Storage warehouses, distribution centers and other refrigerated storage areas often require special fire protection. Cooled storages can house a wide variety of potential fire hazards that need to be taken into account. This makes it extra important to make sure fire doesn’t break out in the first place. With FirePASS’s patented fire prevention technology, you most certainly can.

To store goods that require refrigeration, cold storage warehouses are filled with cold air that should not be able to escape. To achieve this, materials such as rubber, polyurethane and polystyrene foam are used to prevent draft and maintain the temperature of the room. These materials are highly flammable. Products that are generally kept in these cold storage warehouses also have a tendency to be flammable: from frozen foods themselves to their (now dried out) packaging.

Using sprinkler systems in these kinds of conditions can also prove to be difficult. Water supplies and the sprinklers themselves may freeze upon activation. By implementing FirePASS’s fire prevention technology this can be prevented since it is based on oxygen reduction. Your warehouses and products can be properly protected by choosing FirePASS's oxygen reduction fire prevention system. High-bay warehouses store a high quantity of stacked goods in a tight space. Both the typical structural design of high-bay warehouses and the high density of goods stored contribute to potential fire outbreaks. In warehouses like these, this will result in enormous losses.

Since High-Bay warehouses have such high ceilings, a so-called ‘chimney-effect’ can occur during a fire. This will cause the fire to spread rapidly into higher areas. It will also increase the rate at which the fire spreads. The size of these warehouses make it difficult for sprinklers to cover every inch and suppressing the flames becomes near impossible.

Even if a sprinkler system is triggered, the water used to extinguish the flames will most likely not reach the source of the fire because of the densely packed products and high racks. Sprinklers are also often seen as unsatisfactory solutions because of the water damage it causes to the stored products.

By using FirePASS’s fire prevention technology, which is based on oxygen reduction, you’re protecting your goods to the best of your ability. Both fire- and water damage can be prevented. 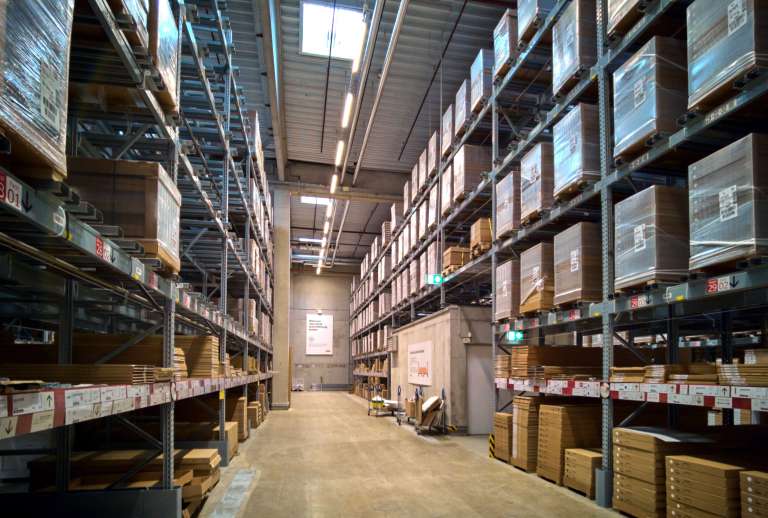