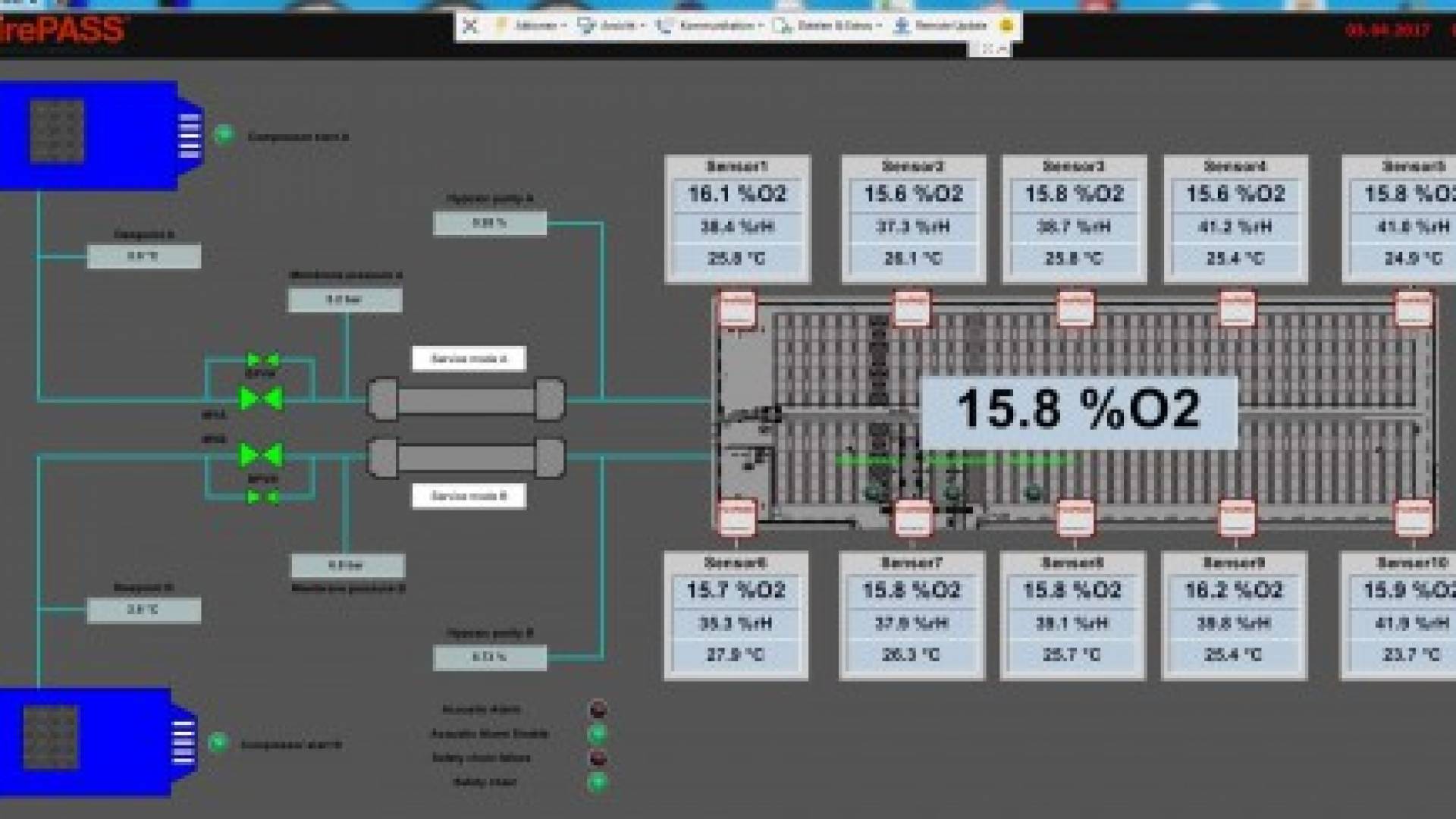 FirePASS announces the completion of the oxygen reduction system for protection of a High Bay Robotic Warehouse in Finland. Our patented fire prevention technology is proven to be the best fit for large automatic storage facilities.

The FirePASS hypoxic air ventilation concept is far more superior to the nitrogen dilution based systems because of its unprecedented safety and reliability. The FirePASS Oxygen Reduction System fights fires before they can even start. There is no need for distribution piping and nozzles since FirePASS generators are able to create homogenous hypoxic environment without dangerous nitrogen pockets.FirePASS is the safest solution for these types of large automatic environments.

FirePASS is currently working on a few projects for protecting High Bay warehouses and Cold Storage facilities having volumes up to 240.000 m3.