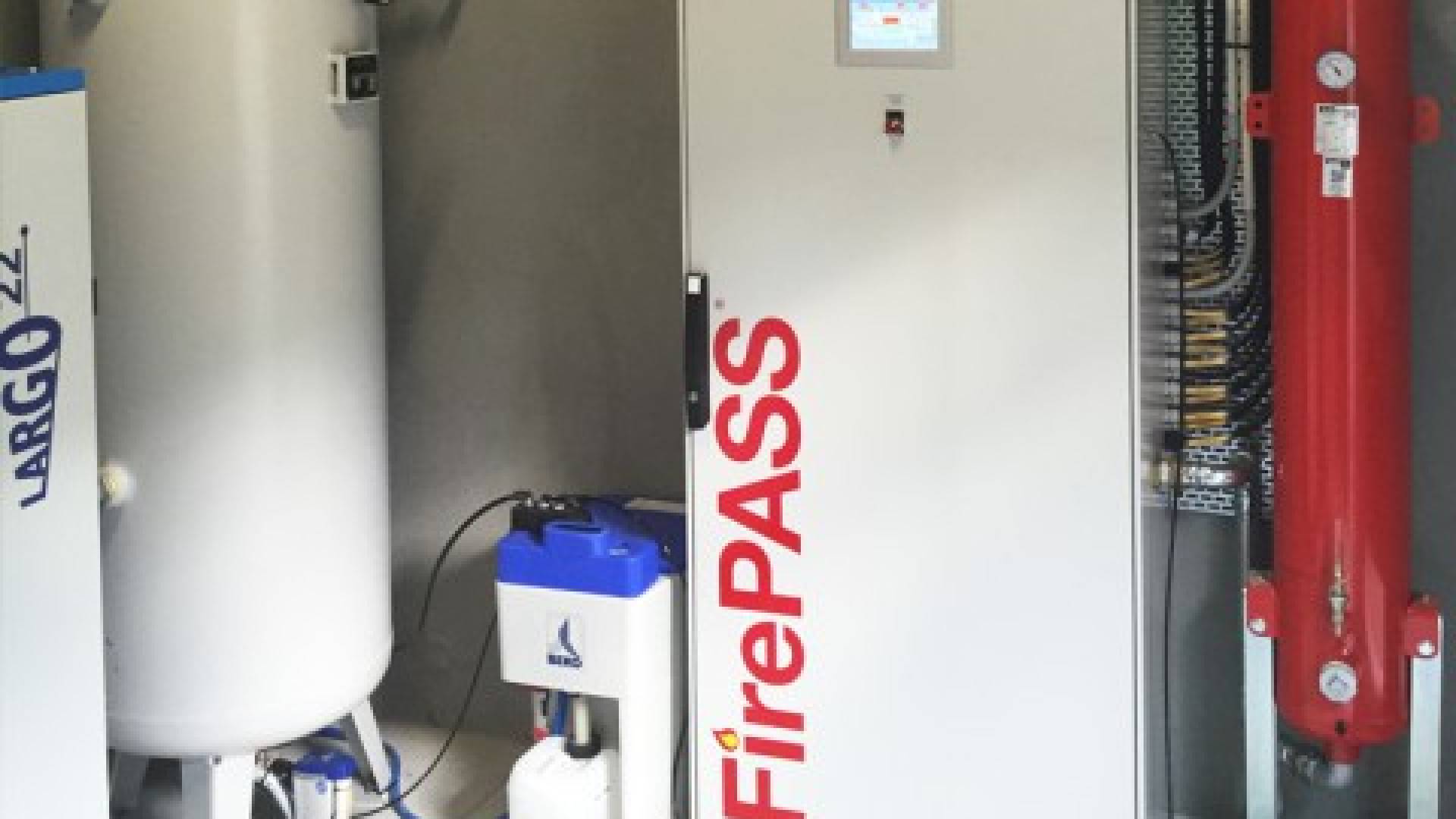 TasNetworks was recently created by the Tasmanian State Government and is the state’s primary electricity and telecommunications provider. Electricity is distributed through TasNetworks’ vast network of substations and power lines to every home and business throughout Tasmania.

TasNetworks provides a critical service to the greater community, and any disruptions to this service could be potentially catastrophic. If a fire broke out in a substation switchroom, tens of thousands would be left without power. To remove the risk of fire, TasNetworks chose a FirePASS system to protect their substation switchroom at Lindisfarne – a station that controls the power to Hobart.

Absolute protection against damage from fire

The FirePASS FP1500 offers absolute protection against damage from fire, as well as avoiding the potential damage that is often caused by conventional fire suppression systems. Rather than extinguishing a fire, and damaging valuable equipment in the process, FirePASS prevents fires from starting.

For the installation at Lindisfarne, ARA Fire collaborated closely with Tasnetworks’ engineers to augment the FirePASS system to meet their unique needs. A swipe card entry system was combined with the FP1500. When a visiting technician swipes their access card to unlock the door, the FP1500 rapidly flushes / increases the room’s oxygen level to 21%. After the technician leaves the room, the FirePASS system quickly creates a hypoxic environment of 15% oxygen in which fires cannot start.

An additional feature of FirePASS’ Lindisfarne installation is the unit’s integration into Tasnetworks’ SCADA (supervisory control and data acquisition) system. This digital network allows TasNetworks to keep track of all the electrical equipment on site in real time. The FirePASS system was integrated into this network, so that the oxygen levels in the switchroom and system status can be monitored remotely.

The installation was a resounding success, and the TasNetworks substation at Lindisfarne has been under the protection of FirePASS since the start of June. The team at FirePASS have again demonstrated their commitment by providing tailored solutions to meet the needs of any client, and the innovative fire prevention guaranteed by FirePASS now provides TasNetworks with absolute peace of mind about the protection of their critical equipment.